It is no secret that slot developers aim to exploit any theme known to man. If something has a dedicated fan base, more than a few online casino games exist that utilize its motifs or subject matter to reel in players.

Anime exploded onto the western world in the late 90s thanks to Cartoon Network airing shows like Mobile Suit Gundam, Sailor Moon, and likely most important, Dragon Ball Z. The latter was the gateway show that opened this universe to new audiences. Many much better mobile casinos aim to capture the imagination of these fans by offering some of the best deposit bonuses and plenty of anime-themed games.

The game is not related to the same-name 1987 film by legendary director Kon Ichikawa. It takes its inspiration more from the manga and anime series Sailor Moon. A Japanese comic that sold over 35 million copies and gave birth to a $13 billion franchise. Moon Princess takes cues for Sailor Moon’s character design, as it emulates it, trying to capture some of its feel and magic.

It’s a 2017 Play’n GO slot that features a five reel and row grid with twenty paylines. It boasts an RTP of 96.5%, higher than the industry average. However, this is a high variance game meaning, wins are rare, but when they happen, the prize is worth the spin. It has multiple fun features, and with a max win potential of x5,000 your bet, it is terrific for both anime fans and high rollers.

When it comes to the combo of anime and ninjas, the first title that pops into the minds of old school fans is Ninja Scroll, or perhaps Samurai Deeper Kyo. However, younger anime lovers will immediately think of Naruto. Luckily for them, Ninja Ways takes inspiration from their favorite show, and the main character features Naruto-like hair. Either that, or he is a Super-Saiyan in hiding.

Ninja Ways is a 2018 Red Tiger product, one that has a decent following. Even two years after its release, players still enjoy this six-reel, four-row slot that has 4,096 ways to win. Like Moon Princess, this is also a high variance game with an RTP of 96%. Yet, it provides a max win of x10,000 your bet, double from the previously mentioned game.

According to many, Japanese culture is, let’s call it unique. Thus, it should come as no surprise that there is a Japanese phenomenon where waitresses dress up and act like Anime characters. If you were unfamiliar with this peculiar trend, know that as soon as industry giant NetEnt heard about it, they molded it into a slot game as part of their intro into the Asian market.

Magic Maid Café is a five-reel, three-row slot, with twenty paylines. It is a medium to high variance game with a max win potential of x1,875 a player’s bet. It caters to an obscure niche, but that doesn’t mean it cannot win you over with its Avalanche mechanics and super-colorful visuals. 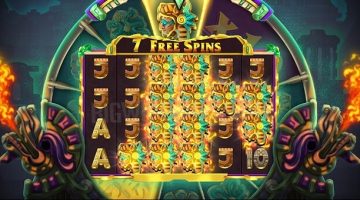 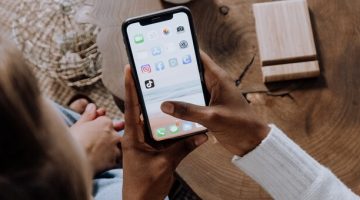 The online casino industry is ever-evolving. Operators are constantly looking at new ways to get…

If you love Star Wars, memorabilia, and slot games, then you would probably love to…